Founded in 2017 and listed on the ASX (ASX:VR8) in 2018, Vanadium Resources has just completed an exceptional pre-feasibility study in the Steelpoortdrift project in South Africa. CEO Eugene Nel is a qualified metallurgical engineer, starting his career in mining production operations in the early 1990s. During a twelve year period he worked as a metallurgical and operations manager at a number of operating mines. For the last fifteen years Mr Nel has worked in a consulting role to the mining industry, assisting companies worldwide to bring their products into production, as well as assisting with production efficiency improvements. Mr Nel spoke to us about the benefits of the Steelpoortdrift project, the gap in the vanadium market the company is looking to fill, and the promise of an excellent return for investors on a premier vanadium deposit.

“Vanadium Resources was listed on the ASX in early 2018,” Mr Nel says, “basically as a reverse listing by a company in South Africa. The mining project being brought on board at that stage was the Steelpoortdrift project, with Vanadium Resources acquiring a 74% stake in the associate South African company who holds the mining rights for the project.”

In addition to its presence for this project in Limpopo Province, South Africa, Vanadium Resources also has ownership in the Quartz Bore Project, a copper-lead-zinc project in Australia’s West Pilbara province, 80 kilometres east of Roebourne in Western Australia.

Work completed on the Quartz Bore Project has been primarily directed towards the discovery of new Volcanogenic Massive Sulphides and previous work has defined a prospective strike length of approximately four kilometres. This project is currently on ice as the company pours all its focus into its flagship Steelpoortdrift project.

“We’ve got a presence in Australia, with half the board being based in Australia, and our company secretary, and then the rest of the board – plus the mining executives – being situated in South Africa, where our main project is located.”

The company has recently seen some excellent results from its pre-feasibility study (PFS) on the project, which essentially checks for the four main pillars that any mining project needs to have in place in order for it to be successful.

“The first pillar being, you need to have a big enough resource that it makes it economical to mine and gives you enough life. In the sense of the Steelpoortdrift project, we’ve got in excess of 350 million tonnes in the measured and indicated categories, so we’ve got a life of mine well in excess of 25 years, probably even longer than 100 years. So the first pillar we cover.”

The second important pillar is for the material to be easily minable. At Steelpoortdrift there is a huge slab of mineralised material 10-30m wide, sitting just below the surface and tilting gradually towards one end, making it an easily mineable resource. This will help the company bring Opex and Capex down significantly.

“The third pillar is that the material needs to be amenable to metallurgical processing, and in the case of Steelpoortdrift all the metallurgical test work showed that it is easy to process. We can get very high upgrade ratios, some of the highest in the industry.”

The final pillar is to have the required grade in the resource, in this case to have vanadium present. The in situ grade at Steelpoortdrift is amongst the highest vanadium grades in the world, lying between 1.1% and 1.2% vanadium in the high grade sections. There is about 180m tonnes of this high grade material present in the area.

“If you’ve got those four key pillars in place, that’s why we’ve been able to produce an outstanding pre-feasibility study, where we’ve shown that at a capital cost of $200m we can achieve a total project NPV of $1.2bn at an IRR of 45%.”

The company will be producing a vanadium flake greater than 98% purity, on which the production costs will be in the region $3.08 per pound, putting it in the lowest quartile for the entire industry.

“With all those factors in place,” Mr Nel explains, “the PFS highlights that this is a world-class, low-cost, high-volume project, with a very high degree of confidence that it can succeed.”

The mining environment in South Africa is well established. The Steelpoortdrift titaniferous magnetite deposit is located in the prolific Bushveld Geological Complex, within a known mineral and vanadium producing area within reach of proven processing plants, railway and road options and ports.

There are 10-12 other major mining operations within a 30km radius of the Steelpoortdrift project, operated by international companies like Glencore, Anglo-American Platinum and African Rainbow Minerals.

“In the context of operating in South Africa with such a well-established mining environment, it does allow us to operate at a much lower cost than for example somebody putting up a mine 600km in the bush in the middle of Africa.”

The infrastructure is stable, meaning the company has access to water and power, as well as to labour skills from the region’s sizeable mining community. Logistically, it is situated about 200km drive from Johannesburg, where more than 90% of its processing plants, equipment and material is manufactured, helping to cut costs.

“On the other side of the spectrum, because South Africa is a mining country – we’ve been mining in this country for the last 150 years – the government does understand mining, and there are quite a few legislations that have recently come in that are mining-friendly, and trying to promote the mining environment.”

There is a well-established banking system in the country, meaning there are no problems with Forex controls and other issues that may impact upon the operating environment. In that sense, South Africa is one of the easiest places to do business in Africa for mining.

Vanadium has a variety of different uses. Up until now, the majority has been used in steel making, as a compound added to rebar to increase its tensile strength. It’s also used in the aeronautical industry and in a wide variety of other chemical industries.

“Historically, steel making has made up about 90% of the consumption. However, that picture is starting to change. For the last ten years the implementation of vanadium redox flow batteries, or VRFBs, has become more prominent. A VRFB is a bulk electrical storage battery that’s used very commonly with renewable energy projects.”

This is the type of battery that isn’t limited by cycle times or cycle life, so has an unlimited life. It can also be charged and discharged at the same time, so it’s got a very high application in the renewable energy and bulk energy storage sector.

“With the movement away from fossil fuels and for the world economy trying to be more environmentally friendly, the market for VRFBs is set to increase exponentially over the next 10-15 years. Bloomberg has predicted that the battery market alone will increase by up to 300 or 400% within the next 5-6 years.”

This growing secondary market to steel production is predicted to be in a supply deficit by 2025, as there haven’t been any new projects coming online in this sector for the last ten years, and there aren’t any major new projects due to come online in the next year or two.

That deficit could be significantly higher if the VRFB market grows more than expected.

“Current projections show 5% growth YOY in vanadium demand,” Mr Nel says, “and with some ageing infrastructure on existing mines, we do believe there is a major market share that needs to be filled.”

Mr Nel ended up becoming involved with the company through his previous consultation work, where he once was employed by Vanadium Resources. His work involved managing the company’s metallurgical test work and all the design work up to the scoping study level.

“There was then the natural progression when our previous Managing Director resigned, that I got promoted into the CEO role. In terms of the other key team members, Mr Jurie Wessels is our Chairman. He’s been involved in the mining industry for about 25 years, heavily involved in the exploration side of things.”

Mr Wessels has significant experience in the sourcing and assessment of exploration and exploitation projects and in the governance, funding and management of resource companies. He has explored for various minerals in Africa, South America, and Europe and practised as a minerals lawyer up to 2003.

“Mr Nico Van Der Hoven, another Director, is also currently Chairman on Bauba Resources, which is an operating chrome mine, not too far from the Steelpoortdrift project, so he’s got a very in-depth knowledge of the mining environment and mining operations.”

Non-Executive Director Michael Davy has over 16 years’ experience across a range of industries, having previously held a senior management role for Songa Offshore where he assisted with the start-up of the Australian operations and managed the finance team for a two rig operation with multi-hundred million dollar revenues.

“Mr John Ciganek is qualified as a mining engineer, but for the last twenty years he has been heavily involved with debt structuring, financing, mergers and acquisitions. If you look at that team, we’ve got quite a range of expertise, so a very diverse group of senior management.”

There are several issues currently affecting the vanadium market as a whole. COVID-19 has actually had a slightly positive impact, with a huge amount of infrastructure development projects coming out of it, which will need steel for construction.

“The other impact that has occurred is in China. With China’s move towards reducing carbon emissions, they’ve placed a cap on some of their furnaces. The furnaces in China produce vanadium as a secondary by-product, and with there being a cap on their production levels, their production of vanadium is starting to be curtailed.”

This meant that 2020 was the first year that China became a net importer of vanadium, rather than its historical position as an exporter. This added to all the other environmental legislation around carbon emissions means that the vanadium market will grow significantly going forward.

“Finally, I noticed a day or two ago that China has also placed a curb on the reuse of lithium batteries, due to safety concerns. With lithium being one of the major competitors to vanadium in the market, we believe that might also have a slight impact on the market share of vanadium going forward.”

In terms of future growth, Vanadium Resources has just finalised its pre-feasibility study, and now has short term goals of making use of this study to finalise its maiden ore reserve statement, which is very close.

“With a pre-feasibility study of that magnitude coming out, there is a lot of interest in the market, so we will be engaging any potential funders around going forward into our definitive feasibility study [DFS], and we’re hoping to commence that by [August 2021], with completion early next year.”

The company’s medium term goal then is to complete the DFS, then to make the final investment decision on the project, and then to start construction on the mine towards the latter part of 2022.

“Key milestones would be the clearing of the maiden ore reserve, it would be commencement of the definitive feasibility study, and potentially looking at off take agreements on the back of that, and then final investment decision to construct.”

Vanadium is one of the dark horses in the renewable metals space, but Mr Nel is sure that when people start to understand the market, they will realise that Vanadium Resources is currently sitting on one of the premier deposits in the world.

With a deposit of vanadium that is of the highest grade, the biggest volume, and is easy to mine, Vanadium Resources is about to have a lot of eyes on it from potential investors, and the company welcomes such attention. Find out more about Vanadium Resources by visiting https://vr8.global/. 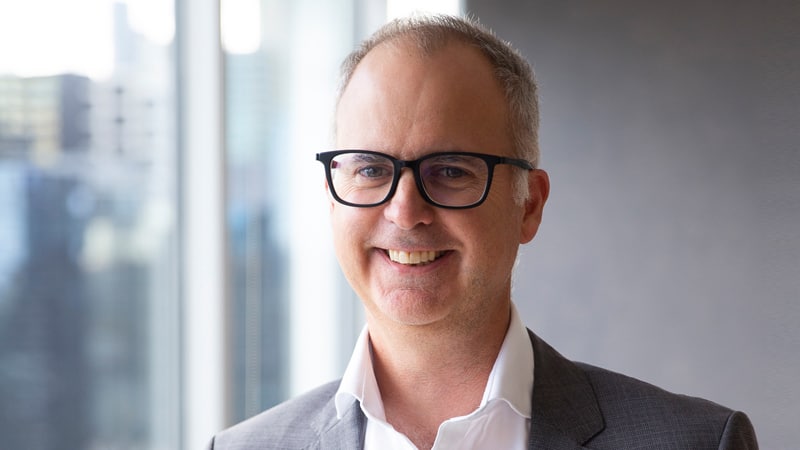