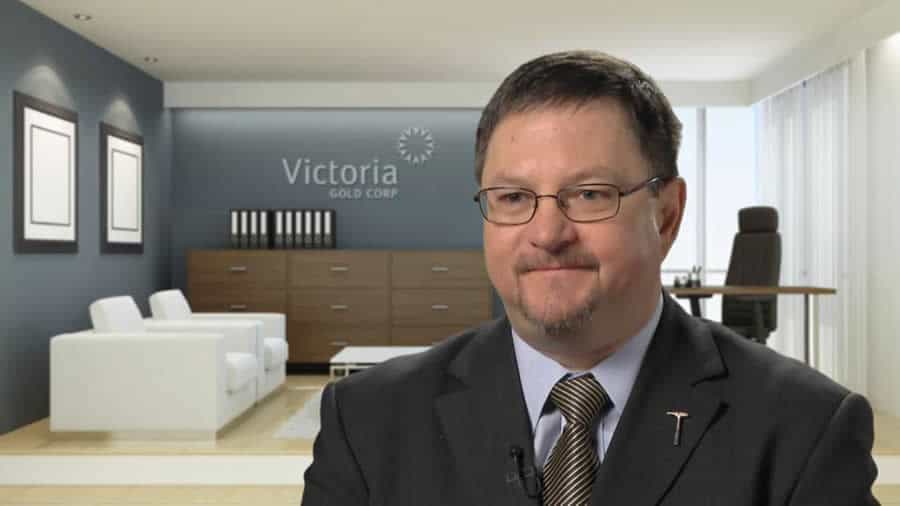 Victoria Gold Corp. (TSX-V:VIT), a Canadian firm with a strong position in the gold market, is pushing forward into their latest advancement, the development of the Eagle Gold site, a potential mine in the Yukon which could yield hundreds of thousands of ounces of gold as soon as it is operational. This will be the largest gold mine in the Yukon’s history, and it is expected to be operational within the next few years.

The Yukon has a rich history of being a territory where its residents—though relatively few—regularly commune with nature. This makes it a fitting location for the extraction of one of the most precious natural resources on earth. It is a very mining-friendly area and the project Eagle Gold is fully permitted. Unlike other mining projects in the Yukon, Eagle Gold actually has grid power and road access, which will make the process of building the mine logistically easier.

Victoria Gold Corp. is a relatively small company whose origins can be found in the early 2000’s. When Kinross acquired Bema Gold, it was found that they had a sizable interest in the enterprise known as Victoria Resources. From this company, Victoria Gold Corp. was eventually born. John McConnell served on the board of the new Victoria as a director, then subsequently became CEO in 2010. For the past few years, he has been working to develop the Eagle project in Canada’s Yukon, a site that shows a huge amount of promise.

During the beginnings of the Great Recession, he had the foresight to take advantage of hidden opportunities, and so Victoria Gold acquired two other gold firms—Gateway Gold and Strata Gold—in 2008 and 2009, respectively. It was through Strata that Victoria Gold was able to acquire their major asset, the Eagle Gold site. Gateway, for its part, provided some assets in Nevada which could serve the company well in the future, after Eagle has begun regular operations.111

Currently, Victoria Gold has been able to funnel even more resources into the project, adding $24 million dollars of funding for the continued development of Eagle Gold. Though the future looks promising, McConnell does say that Victoria Gold may still err on the side of caution to reduce potential risks, especially those associated with acquiring more permits and performing further exploration. According to him, the company may conserve its cash for now and use it to later finance the actual project itself.

Moving forward, the project will likely need about $400 million to swing into full-scale operations. These capital costs are the “big impediment right now” according to McConnell and he admits that it is a difficult sum to raise in the current markets, though he sees a “light at the end of the tunnel” and is confident that Victoria will be able to raise the funds. The project is estimated to have a debt capacity of roughly $250 million, and there are a few other options that the company might pursue to fill the gap. In the meantime, Victoria has substantial cash at hand, so the situation is not entirely dire. McConnell is confident that development can begin soon.

Short-term goals remain a bit less lofty in the meantime. At the moment, the main interest is in examining the potential of a site that is only a bit over 2 kilometers away from Eagle, a location known as Olive-Shamrock. The site appears promising because of its proximity to Eagle and the fact that it could yield 50% higher grade. These characteristics make it an ideal addition to the Eagle project, or may even serve as a viable starting point. They hope to make Olive part of the larger mining plan, as operational costs are trending down and Olive showed unexpectedly strong results as it was being evaluated. For now, Victoria Gold has already commenced drilling activity in the area. The company is also working on updating their mining feasibility study for the site, based on the most recent information. 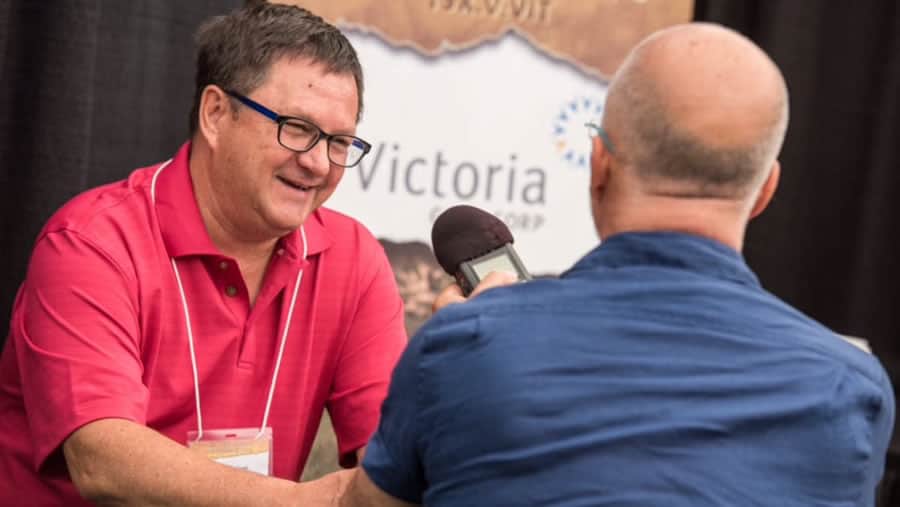 As far as labor, when Eagle Gold’s activities are at full capacity, it will require between 300 and 400 personnel to perform construction, according to McConnell. More than likely, the mine will require a similar workforce once it is operational as well. Roughly half of the labor will be brought in from other locations throughout Canada using a fly-in and fly-out operation, and about half of the labor is expected to be sourced from the Yukon.

By current estimations, the Eagle Gold site will have a lifespan of over ten years, with McConnell expecting it to exceed that initial estimation by more than ten or fifteen years. There are still many promising sites in the area that have yet to be explored, and McConnell thinks that much of it may still be untapped. The mine and its infrastructure currently covers an area of roughly 5 kilometers square. Victoria Gold owns large amounts of land in the Yukon, and can turn to their other properties once Eagle begins to produce a consistent cash flow.

When gold prices were higher years ago, hovering at around $1,700, McConnell expected to be able to construct the mine with a team of 30, but market conditions have changed vastly since then, and the drop in gold prices means that they will have to move forward with a team of roughly 10 professionals. Even so, McConnell values his experts deeply, and relies on their technical skills and science to keep the project on the right track. Lately, the company has been beefing up its technical talent as well, adding consultant and mining expert Heather White to its board. Her vast experience specifically in working out in Canada’s North is particularly valuable to Victoria’s cause.

Though most of the administrative and technical staff can be found at Victoria Gold’s offices in Vancouver, McConnell himself actually relocated to the Yukon to be closer to the project. This was an obvious decision for McConnell, who has been in the mining business 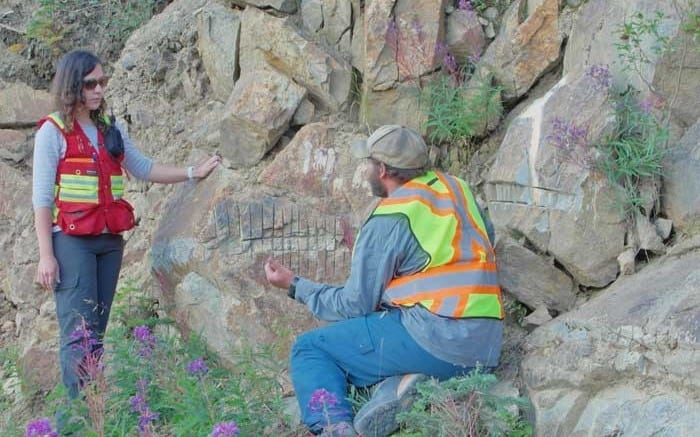 for his entire life, and it has helped to move the project forward at a faster pace. McConnell insists that having an administrator living close to the site is essential, and that building close personal relationships with those who are helping to construct the mine makes a huge difference in results. He is no stranger to living in Canada’s Northern regions, and in fact has spent 90% of his career there, even before moving to the Yukon. “I love the Yukon,” he says. “It’s got great people, great character, great weather.”

Unlike many other mining firms, Victoria Gold has been largely successful in forging peaceful relations with nearby First Nations tribes. McConnell has been careful to build honest relationships with these native people and this has certainly resulted in less legal trouble. Years ago, before even any preliminary construction began, Victoria Gold signed agreements with the local tribes and made sure to have their blessing. McConnell sees this tendency as something that differentiates Victoria Gold from other companies. “It takes a lot of work and understanding where they come from,” McConnell says. 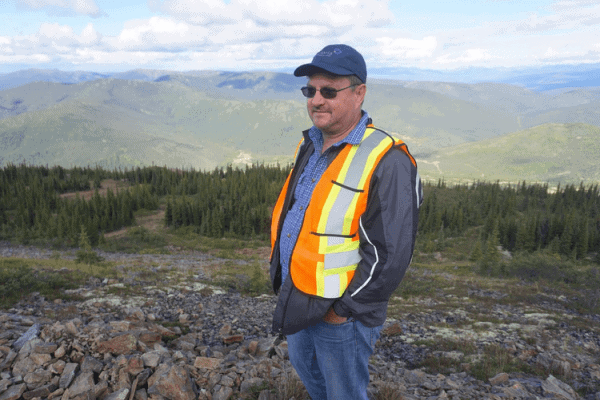 Victoria Gold owns several properties in the Yukon area that also show some profitable potential. In addition to the Yukon properties, Victoria Gold holds assets in Nevada. Their property there, called Santa Fe, is currently not the focus of their progress, but has a promising future. The company may pursue

further acquisitions at a later date, facilitated by their solid cash reserves, but their current aim is not in expanding their assets so much as building the mine at the Eagle site. It is through this laser focus on the Eagle project that they hope to build a substantial cash flow, and from that platform they can then jump to other projects. Until Eagle is producing, however, resources will be spent largely in the Yukon.

“…[W]e’re more focused on moving Eagle forward now,” McConnell says, indicating that the company had considered certain acquisitions in the past, but nothing ultimately came of it. For now, their energies are concentrated in the Yukon—however, there is a great potential for future growth over the long-term. Progress has been steady of late, and construction camps have already been set up at the site. 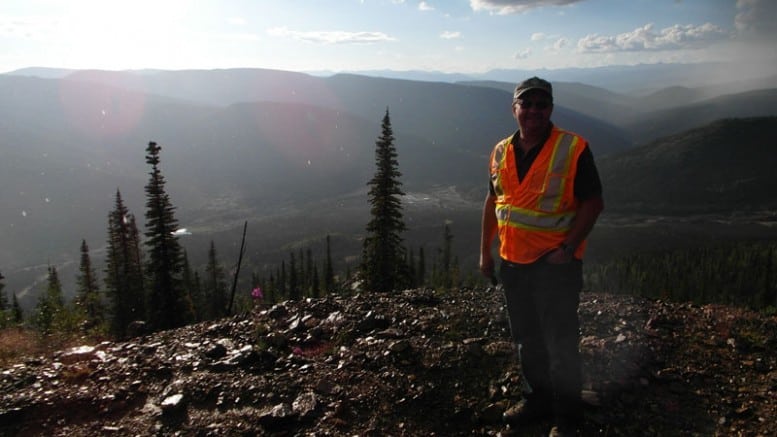 Eagle will produce roughly 200,000 ounces of gold per year when it is fully operational, and at a very good margin. It is estimated that the mine will be able to produce 2.3 million ounces in total over its lifetime according to their latest feasibility studies. Costs are expected to be roughly $615 per ounce, which offers a healthy profit. As soon as Eagle is flowing steadily—probably by around 2020—the company will turn its attention to its next major project, the specifics of which are still uncertain. “I don’t know but with Eagle, Victoria will be an established small gold producer looking to grow itself,” McConnell says. From there, the company may develop its Santa Fe property in Nevada, or turn its attention to other potentially lucrative sites in the surrounding areas near the Eagle Gold site.